The Occupy Movement continues a tradition of nonviolent direct action.

From the Alliance of Community Trainers, ACT

The Occupy movement has had enormous successes in the short time since September when activists took over a square near Wall Street. It has attracted hundreds of thousands of active participants, spawned occupations in cities and towns all over North America, changed the national dialogue and garnered enormous public support. It’s even, on occasion, gotten good press!

Now we are wrestling with the question that arises again and again in movements for social justice—how to struggle. Do we embrace nonviolence, or a ‘diversity of tactics?’ If we are a nonviolent movement, how do we define nonviolence? Is breaking a window violent?

We write as a trainers’ collective with decades of experience, from the anti-Vietnam protests of the sixties through the strictly nonviolent antinuclear blockades of the seventies, in feminist, environmental and anti-intervention movements and the global justice mobilizations of the late ‘90s and early ‘00s. We embrace many labels, including feminist, anti-racist, eco-feminist and anarchist. We have many times stood shoulder to shoulder with black blocs in the face of the riot cops, and we’ve been tear-gassed, stun-gunned, pepper sprayed, clubbed, and arrested. END_OF_DOCUMENT_TOKEN_TO_BE_REPLACED 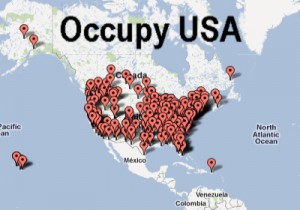 ACT trainers have been busy doing trainings in New York, Washington DC, Austin, TX, San Francisco, Los Angeles.  We have been mentoring organizers and trainers in many other cities including Oakland, Albuquerque, Baltimore, Philly, and Chicago!  We are working in collaboration with many other trainers networks and organizations to build best practices, provide trainer support and gather common training materials and resources.

The Alliance of Community Trainers is a small collective that works with broader networks of trainers, allies organizations and projects. ACT offers knowledge, tools, and skills to individuals, organizations and communities to empower sustainable transformation.

Designed by illuminatheme.com. Powered with WordPress